What cosmic influences the Cosmos has on the menu for us in April and how to make the best use of the energies available. 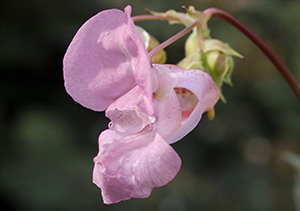 If our experience is anything to go by you will probably have found the energies of March to have been quite insistent and unrelenting in their demand for change and forward movement.

The energy flow around the equinox on March 20th was particularly interesting in this regard. All very positive but requiring focus and attention to stay aligned with the direction of flow.

Looking ahead into April, it has to be said that the energetic line up for April is going to require even greater focus and attention if we are to be able to navigate it to best advantage.

During April, the cosmic line-up includes five retrograde planets, something that is unusual, especially since there will be a short interval when all five will be retrograde together.

A planet is said to be ‘retrograde’ when it appears to be moving backwards in the heavens, as perceived from our perspective on Earth. While this is an optical illusion created by the differing speeds of orbit that the planets in our solar system make around the sun, it none the less affects us energetically.

In effect, it is as though everything slows down so that the influence of those planets and the alignments that they make, become magnified and more intense. Thus, we are held in a space where a more inward reflective state is called for so that we can review and reflect on what is revealed to us during this period.

Each planet will tend to take our focus to a different aspect of ourselves for review, so with five planets demanding our inward reflection all at once we can expect to find ourselves in a big process, since the purpose of such a review is usually to create opportunities for change and growth.

We will also have a full moon adding its magnifying qualities to the energetic mix on April 10th, shortly followed by the festival of Easter with its spiritual themes of rebirth, resurrection and redemption.

The Influence of Aries 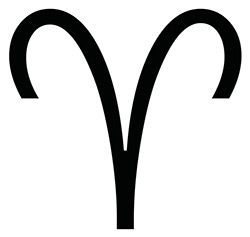 During April the sun shines onto the earth through the constellation of Aries, creating a magnification of the qualities and ray energies associated with this particular constellation, which is represented in western astrology by the glyph of the Ram.

Aries is the first sign in the zodiac and therefore marks the beginning of a new astrological cycle and the opportunity for new beginnings. Its fiery, initiating energy seeks to promote regeneration and renewal in all areas of life, both spiritually and physically.

Aries energy is highly creative, mental energy that brings with it a flow of inspiration and new ideas from the collective higher mind.

This year with the added influence of five retrograde planets we may find this energy sitting somewhat uncomfortably alongside the cosmic request to reflect and review. There could be a ‘pressure cooker’ type effect as we feel squeezed by the need to review what is revealed on an inner level and the need to ‘get on with it’ in the outer world.

Volatility, instability and uncomfortable swings in emotions, moods and behaviours could be the result if we do not keep our attention on what is happening for us at an inner level. Aries energy can make you feel that you are lagging behind, frustrated because things do not appear to be moving fast enough or exaggerate the tendency to act on everything all at once without sufficient thought. Key words for April then are balance, calmness, patience and thought before action.

Crystal Herbs is a specialist Flower Essence producer and we’re passionate about all aspects of Vibrational Essences. We have been making and selling our range of Essences for nearly 30 years and have customers all over the world. All of our essences are handmade with love & care and alongside the Essences that we offer we also provide help, support and information about vibrational Essences. Crystal Herbs is run by Catherine Keattch and Sam Cremnitz, along with a dedicated team who are all trained practitioners and healers in their own right. More About Crystal Herbs | Contact Us

What the Cosmos has on the menu for us this month and how to make the best use of the energies available. There are two distinct themes to the energies of February this year, both […]

What cosmic influences the Cosmos has on the menu for us in June and how to make the best use of the energies available. Themes for June There is a positive forward moving feel to […]

What the Cosmos has on the menu for us this month and how to make the best use of the energies available. Overall the energy flow in December seems as though it will feel a […]