March and the Energies of Pisces

The sense of being part of a major transformation in progress was very tangible during February. Many people have reported feeling rather disorientated and unexpectedly at a loss as to how to move forward in their lives, while others have found themselves caught up in a process of sudden and abrupt change. Underlying it all is a sense of waiting for the next wave of energy to carry us forward. That wave of energy will arrive in full force as the sun moves into Aries at the spring equinox on March 20th. In the meantime we have a grand opportunity to review what is complete, clear out the old and strengthen our foundations ready to move forward.

The End of the Zodiacal Year

The prevailing planetary influence during the greater part of March flows in from the constellation of Pisces represented astrologically by the glyph of the two fish connected together by a thread, yet apparently swimming in different directions. Pisces is the last sign in the zodiacal year and its influence tends to stimulate a clearing and releasing process of everything that is old, unfinished and incomplete prior to the beginning of the new zodiacal cycle, which will be triggered by the movement of the sun into Aries later in the month. This cleansing process is particularly important this year as there is now much greater potential for ‘new beginnings’ than ever before. This of course means that there is also a greater potential for deep cleansing and release of anything and everything that does not support that new beginning. So this is a month in which we may well find ourselves needing to review old unconscious beliefs and in particular to review those things that we have taken for granted as being just a part of life in a body or to out it another way, to review our illusions.

Pisces energy particularly affects the physical body so you might also find yourself plunged into unexpected physical cleansing this month. Certainly amongst the people we know there are many experiencing this in various forms, with accidents or a re-emergence of past physical issues a common experience. If this happens to be your experience remember to look for the deeper cause that always lies behind the physical effect. This way you will be able to take full advantage of the opportunity for transformation that you have offered to yourself. 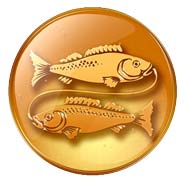 In its highest form the watery influence of Piscean energy stimulates the fusion of the higher and lower self ultimately bringing about the end of the illusion of separation. This energy has been very influential on our planet over the last two thousand years, a period of time in which we have fully explored the illusion of separation from all angles and standpoints in our search for wholeness. As a result the illusion of separation has become deeply embedded in the fabric of life and also well established in our personal and collective data banks. For the great majority of us it has become something we unconsciously take for granted as part of experiencing life in a physical body. Even though we might know mentally that this is not true, at an unconscious level the illusion has persisted, colouring our experience of life and sponsoring limitation. However with the change in the patterning for life on our planet that took place at the end of last year this illusion no longer has any foundations to keep it in place, so as we swim in the watery energies of Pisces this month we can expect this old illusion, in all its many forms, to come more fully into our awareness for review and release. While this might not feel entirely comfortable in the moment, remember to celebrate, we have waited for this moment of release for a very long time and all is well.

Crystal Herbs is a specialist Flower Essence producer and we’re passionate about all aspects of Vibrational Essences. We have been making and selling our range of Essences for nearly 30 years and have customers all over the world. All of our essences are handmade with love & care and alongside the Essences that we offer we also provide help, support and information about vibrational Essences. Crystal Herbs is run by Catherine Keattch and Sam Cremnitz, along with a dedicated team who are all trained practitioners and healers in their own right. More About Crystal Herbs | Contact Us

Our focus for this month’s essence review is on the Wild Orchid Flower Essence, which is one of our Karmic Essences. There are ten essences included in the Karmic Flower Essences range. Seven of them […]

March is the last month in the zodiacal year and one in which we particularly feel the influence of the inflow of energies from the constellation of Pisces. In its highest form the watery influence […]

The Power of Coherent Energy

As we move into March there is at last a sense of spring in the air here in the UK, as the increasing daylight and strengthening sun gradually warms the earth and awakens the early […]

What do you think? Cancel reply